Back in July 2013, there was a considerable shake-up in how employees could access justice if they felt that they had received unfair treatment from their employers. This was the introduction of a fee structure whereby individuals wishing to pursue a claim through a Tribunal would have to pay a fee in order to do so. The fees were set at two levels and had two parts; a fee to lodge the claim and a further fee to actually get to the Tribunal itself, so individuals were looking at a maximum of £1200 if they wished to have their day in court.
Of course, the introduction of fees was welcomed by employers as it was believed that this would potentially reduce or even remove the number of claims that were being pursued through the Courts, particularly those that were of a potentially vexatious nature.

The Unions, on the other hand, were less than impressed with the introduction of the fees and UNISON in particularly embarked on a 4-year crusade to get the fees scrapped; challenging the legitimacy of them through the Judicial system and to the highest Court in the UK; the Supreme Court.

At first, their efforts were thwarted, and the Courts did not believe that they had the evidence to show that the fees were having a detrimental effect on those who most needed access to justice; but the door was always left open to them to take the challenge to the next level. As more information about the numbers of individuals’ accessing Tribunals became available to UNISON, so it seemed that their claims were supported by increasing evidence of a fall in the numbers of people taking their claims to a Tribunal.

Ultimately in July 2017, the Supreme Court accepted the evidence presented by UNISON and abolished the Tribunal fees with immediate effect; their basis for doing this was that they found the fees to be ‘unlawful’ and were acting as a barrier to some in accessing justice.

The initial aftermath of this decision sent shockwaves around the Country and left the Government facing a bill of around £32million in refunds to those individuals who had paid the fee and who hadn’t had them reimbursed, either through means-tested remissions granted to claimants on grounds of affordability or those who had had their fees reimbursed as part of their settlements.

The other possible fly in the ointment of this decision, was whether or not individuals, who could potentially have taken a claim in the four-year period whilst fees were in place, but who didn’t purely because of the fees, should have their time limits restarted to allow them to make a claim after the abolishment of fees… I understand that the jury is still out on that one, which could have massive implications for employers…

As expected with the abolishment of fees, it was reported in December 2017 that single claims to the Tribunal had risen by some 64% in the period immediately following the abolition of fees, and that claims were at their highest levels for four years. Furthermore, claims for unlawful deductions from wages, which had significantly declined during the period whilst fees were in place had increased considerably in this period; rising from 549 in July 2017 to 2928 in August and 2027 in September 2017.

So, the position we now find ourselves in is that Tribunals are bursting at the seams with claims and this has been compounded by the Government’s decision to close down a number of Tribunal offices, meaning that there are fewer Courts where these claims can be processed and heard.

On a professional level, I have gone through a spell where there has been no mention of Tribunal for a good few years; to having to complete a number of ET3 response forms in less than two months. In some cases, my gut feeling is that there is little prospect of success for the individuals concerned – largely because they have decided to act as a ‘litigant in person’, in other words, they are not seeking legal counsel, but are representing themselves in their claim.

In one of the cases: whilst the claim was initially accepted by the Tribunal on the grounds that the individual was potentially claiming for unfair dismissal on the grounds of making a protected disclosure; it would seem that the Tribunal has now considered the Respondent’s submission and found that there was no basis for a protected disclosure. The Claimant now has a deadline by which they need to make a written submission as to why, given that they did not have the qualifying service to make a claim for unfair dismissal and they don’t fall into one of the exceptions where the 2-year qualifying period isn’t required, their claim should not be struck out by the Tribunal. We await the outcome of that one…

To my mind, what this illustrates though is that there is a need to introduce a means by which claims without legal basis should be weeded out at the earliest of stages; before time and resources are spent by both the Respondent in providing a response to the claim and the Tribunal in processing such claims; meaning that the Justice system is then clear to deal with genuine, rather than frivolous and vexatious claims.

My initial sense was that there should be a sliding scale for the fee structure; whereby there is a pre-screening process that assesses cases, and based on the prospect of success, a fee is applied. Those with little prospect of success based on the facts of the case who still wish to pursue a claim should be charged a higher fee and those, where the facts of the case suggest that they have a strong claim, should have a more nominal fee applied.

Having read some of the recently submitted claims though, I am now thinking that there is perhaps a need for a compulsory ‘legal advocacy service’ rather than the current conciliation process. The advocacy service would not be quite as costly as going to a Solicitor, but would guide the potential claimant through the completion of their claim form and provide them with advice as to whether or not they have grounds for a claim.

If employers were then faced with an ET1 claim, they would know that it had been guided in this way and that the case had some legal merit, which may then encourage them to participate in the early conciliation service to try to reach a resolution without the need to go to a Tribunal.

Just putting my thoughts out there; who knows who might read this and whether they will take those thoughts on board. We shall have to just wait and see… 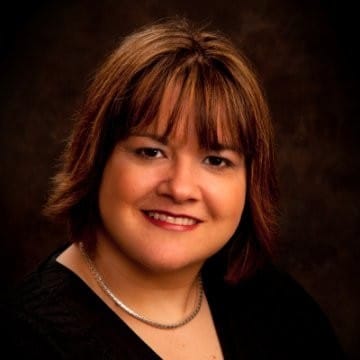